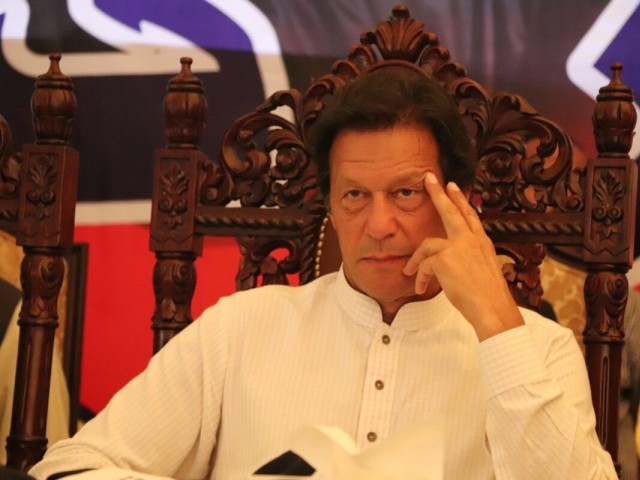 ISLAMABAD: The government of Pakistan Tehreek-e-Insaf (PTI) seems to have lagged behind in meeting different goals under its 100-day agenda including the critical job creation strategy and clean drinking water for all.

Officials told The Express Tribune that the cabinet, in its meeting held last month, was briefed about different measures and their timelines along with progress made so far on the first 100-day plan of the government.

It was underlined that while substantial progress was made on most of the covered areas, there were some subjects that needed further focus to meet the deadlines. The areas where progress was behind schedule were shared with the cabinet.
The government’s programme also included a mega development plan for the tribal areas. While the federal government has committed resources for the development programme, provinces are expected to allocate 3% each out of their share in the National Finance Commission (NFC) Award for the purpose.

It was pointed out in the cabinet meeting that in order to secure financial resources, the NFC would have to make a decision, but the new commission had not yet been constituted. Despite several requests, the provinces have not nominated professionals so far for the constitution of the commission.

The cabinet was also informed that a national job creation strategy would have to be developed and unveiled by November 15, 2018. However, no concrete progress seemed to have been made in that area.

To meet the goal, different divisions would have to take initiatives under the supervision of the finance minister. These divisions were also required to appoint chief executive officers (CEOs) of different state-owned enterprises which fell under their administrative control. However, many such enterprises were still headless.

The cabinet directed the adviser on establishment to act as a focal person and collect data from the divisions of those state-owned units which had no CEO and share the information with the Prime Minister’s Office. Thereafter, all ministries would be given a clear timeline to fill the vacant posts.

The cabinet was told that the legislative framework for creating the Pakistan Wealth Fund would be given the go-ahead by the Law Division in the next two weeks. The provision of clean drinking water for all also came up for discussion during the meeting.

It was noted that there was a lack of ownership for taking the required initiatives and in some cases absence of funds had hampered the achievement of the target.

The prime minister desired to hold a meeting with the stakeholders including the minister of state for interior and relevant provincial ministers in an effort to develop a roadmap and strategy for providing clean drinking water to everyone in the country.

It was agreed that the adviser on establishment would coordinate with relevant provincial ministers and arrange a meeting under the chairmanship of the prime minister for chalking out a roadmap to ensure the supply of safe drinking water.