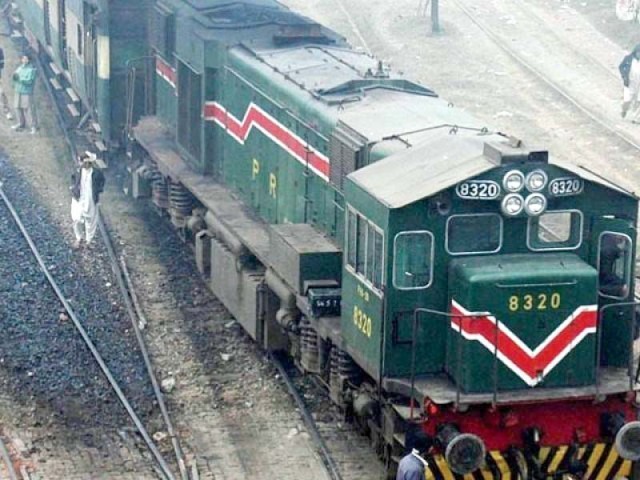 The $8.2-billion mainline (ML-I) project of Pakistan Railways will be completed under a sovereign bilateral deal as Beijing has not agreed to a proposal of constructing the largest China-Pakistan Economic Corridor (CPEC) scheme through third-party contractors.

China was not forthcoming to the proposal of completing the ML-I scheme on build-operate-transfer basis, said officials in the Ministry of Railways and the Ministry of Communications.

During the joint working group-level discussions that took place last month, China took the position that the project should be implemented in line with the framework agreement, the officials added.

Pakistan also subsequently agreed to the Chinese demand for continuing with the existing arrangement that had been agreed in May 2017.

“The financing model is dependent on finalisation of the technical design, which has not yet been completed. Once the design is final, a decision can be made on the financing model,” Ministry of Planning and Development spokesman on CPEC affairs Hassan Daud told The Express Tribune.

After assuming office, Minister for Planning and Development Khusro Bakhtiar had stated, “The government is exploring the possibility of completing the $9-billion ML-I project on build-operate-transfer (BOT) basis.”
The minister further said Pakistan wanted to shift financial risks of the multibillion-dollar railway project to the contractors.

Due to the strategic nature of the project, it was not advisable to involve third party, the officials said.

They said China was keen to complete the project on a fast-track as the project had already fallen far behind the original schedule. The expansion and reconstruction of Karachi-Lahore-Peshawar railway track, known as ML-I, is an early harvest and a strategic project of the CPEC framework.

In a joint statement issued after a meeting between the Pakistan and Chinese leadership at the weekend, both the countries underlined that “as a signature project of the BRI, the fast development of CPEC has played a significant role in the Belt and Road cooperation.”

The ML-I project has a total length of 1,872 kilometres. The previous Pakistan Muslim League-Nawaz (PML-N) government had decided to split the project into two due to its high cost and extensive work that requires refurbishment and expansion of the main railway line.

The officials said the project’s construction on BOT basis was not possible without a commercial and financial feasibility study. Pakistan has not undertaken any such study.

During the joint working group-level discussions, Pakistani authorities also raised the issue of differences between Pakistan and China over the preliminary design, the officials said. In order to address Pakistani concerns, a Chinese technical team is currently visiting Pakistan.
Chinese consultants have also started sharing details of the project’s preliminary design, which were earlier not available to Pakistan.

Pakistani authorities have not properly handled the project since the beginning. The PML-N government approved the first phase at a cost of $3.4 billion despite no firm estimates about the cost and scope of the scheme.

Against Pakistan’s estimate of $3.4 billion, Chinese consultants calculated the cost of the first phase at $4.1 billion. Pakistan Railways and the Ministry of Finance have not yet been able to resolve the dispute over the ownership of the loan and its servicing as the railways’ balance sheet is not creditworthy for acquiring a loan of over $8 billion.

The project’s initial cost of $8.2 billion was based on a joint feasibility study, which was not backed by a technical design study. Pakistan had launched CPEC four years ago without doing a proper homework. The planning minister had also announced that they would conduct a joint study to determine the flow of cargo traffic on CPEC routes.

The officials said China showed willingness to assist Pakistan in conducting the study on traffic density.
Published in The Express Tribune, November 6th, 2018.