While we have been getting regular updates on telecom indicators, including the number of mobile phone and broadband subscribers, it is the first time that results of a demand-side survey of telecom users of Pakistan was revealed this week in Colombo, Sri Lanka.

Conducted by LirneAsia, an ICT research firm, the survey focused on the demand side of telecom users in 18 markets in Asia, Africa and Latin America including Pakistan, India, and Bangladesh.

LirneAsia said that it interviewed over 38,000 individuals across the markets to study how users consume technology in these regions.

Demand Side Vs. Supply Side

Just in case if you aren’t familiar, demand side survey is conducted by studying or interviewing the consumers as compared to supply side survey that is dependent on the suppliers’ number or the numbers shared by service providers.

This means that numbers that come from PTA are from supplier side or the numbers that are shared by telecom companies, while the findings that we are going to discuss below came after surveying the consumers.

As you may imagine, there is going to be a difference in reported numbers by the PTA than from those obtained by surveying the demand side.

PTA numbers are naturally going to be high as they don’t factor in numerous elements that come into play on demand side. For example by surveying the demand side you can obtain the unique number of users, which isn’t possible to find out from PTA numbers.

Please note that all findings are till December 2017.

2%, or 4 million, of Pakistan’s own a laptop or desktop computer, which is the lowest in the region. 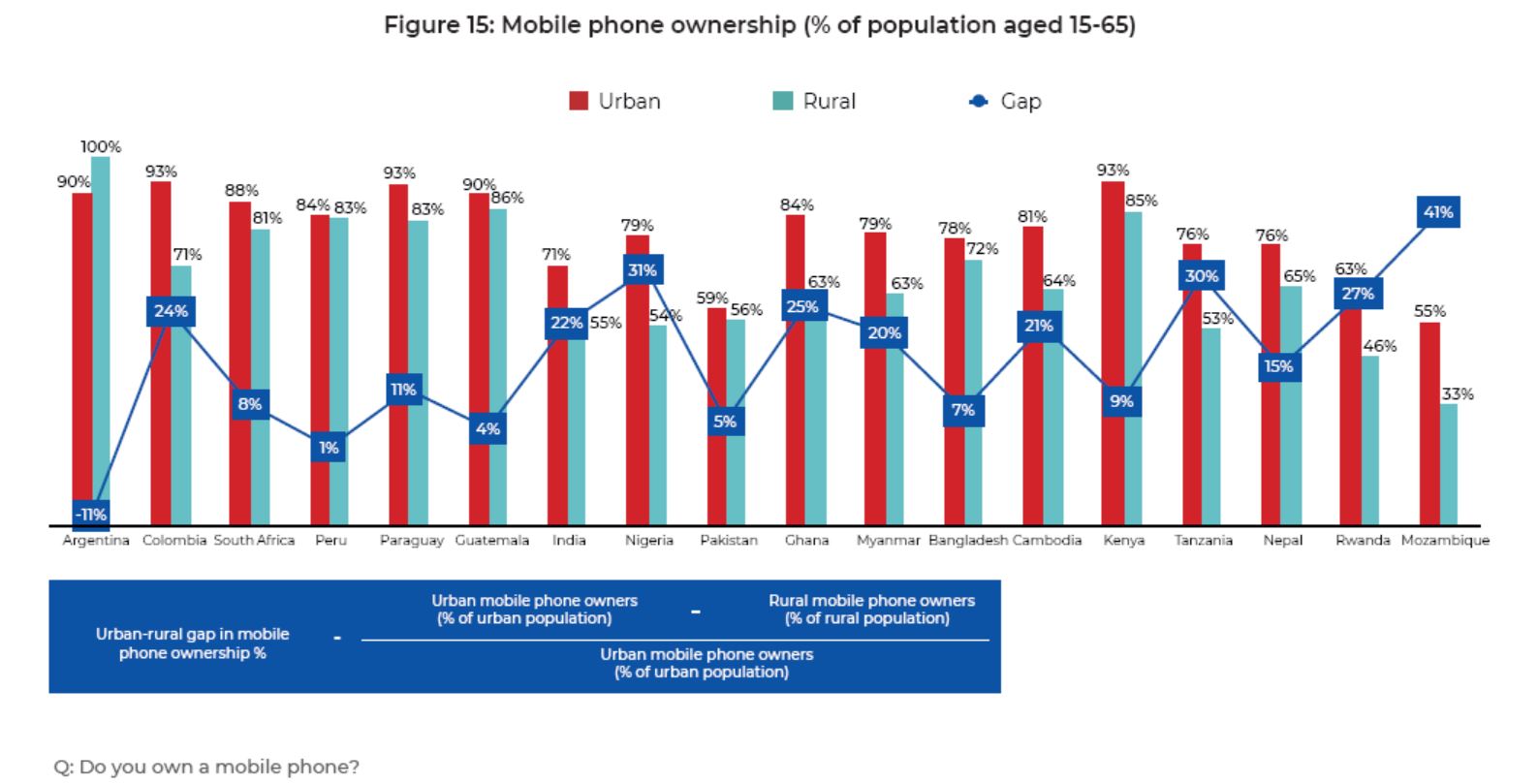 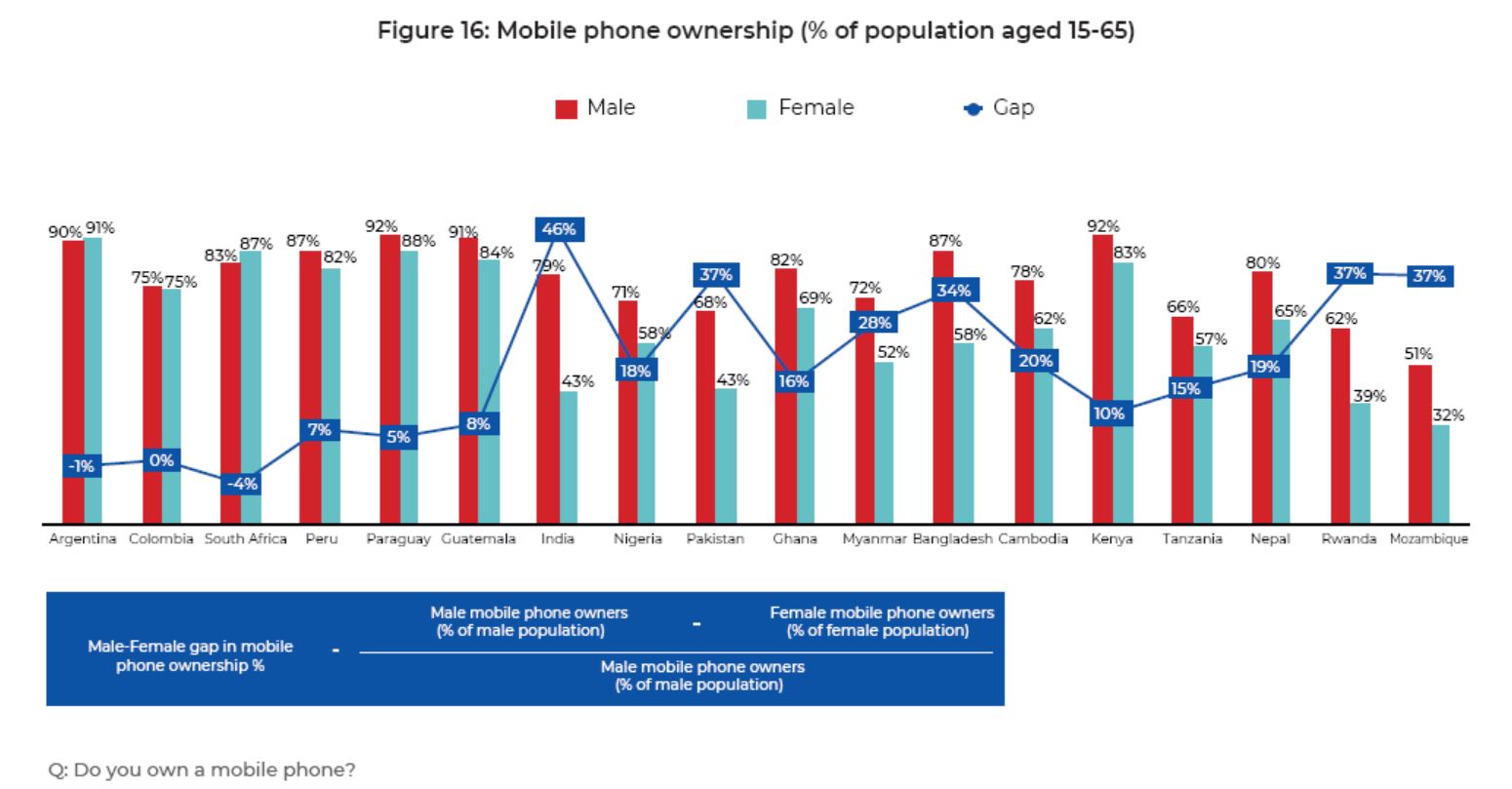 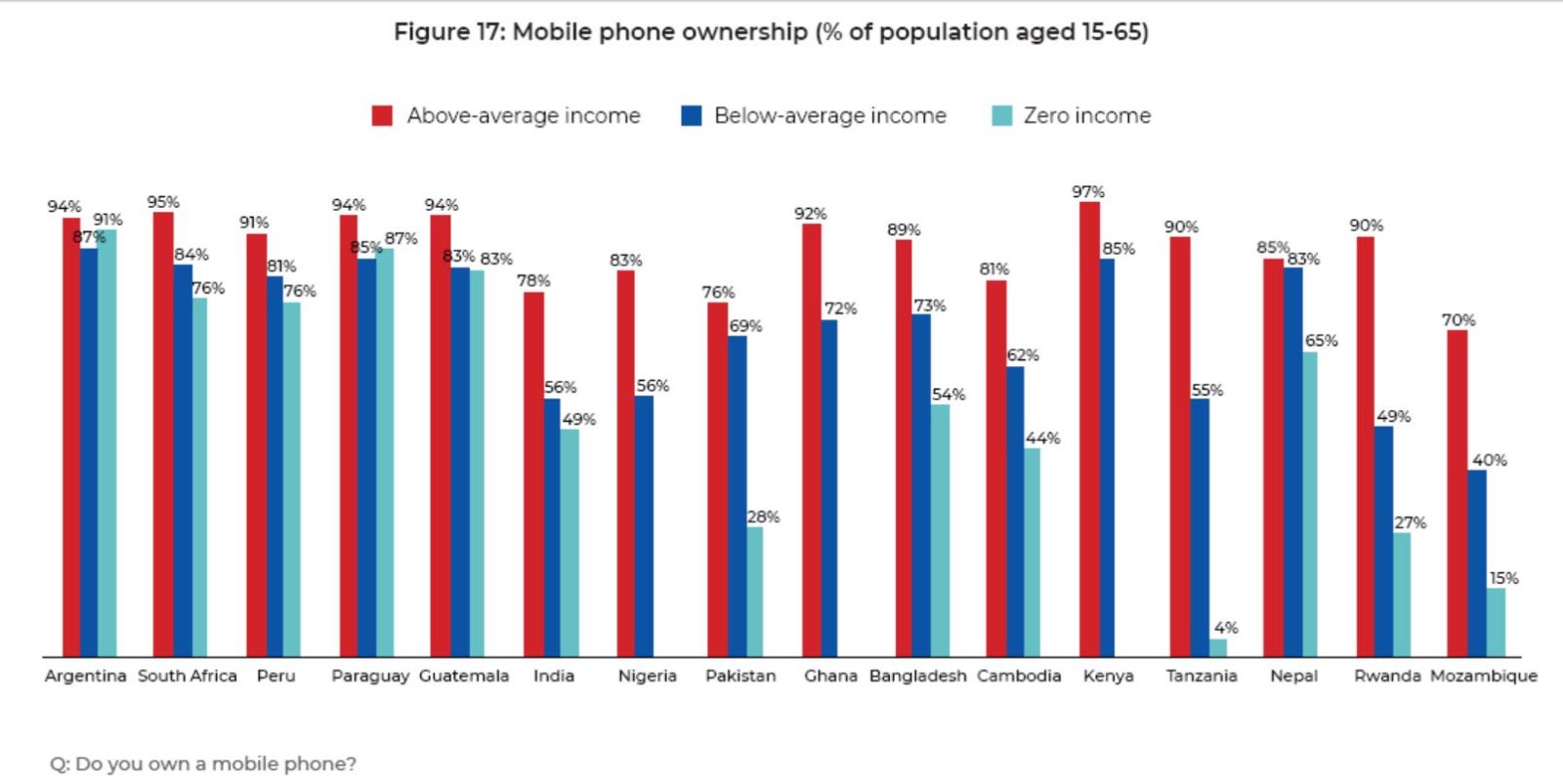 The survey found that over half of Pakistani citizens own a basic phone, while 25% use feature phones and just 22 percent Pakistanis use smartphones.

Study said that Pakistan has the lowest smartphone penetration of all the countries surveyed, barring the poorest two – Rwanda and Mozambique.

Basic phones (touchpad phones without any internet) usage, stands at 44% in urban centers as compared to 58% in rural areas.

The gender gap, for those who use smartphones and feature phones isn’t high, meaning that almost the same number of men use a smartphone as compared to women.

Please note that LirneAsia’s definitions for basic, feature and smartphones are:

The survey also found that 77% of Pakistanis use a single SIM while 19% of phone users use two SIMs. On the other hand, 3% customers use 3 SIMs while just 1% use 4 SIMs. 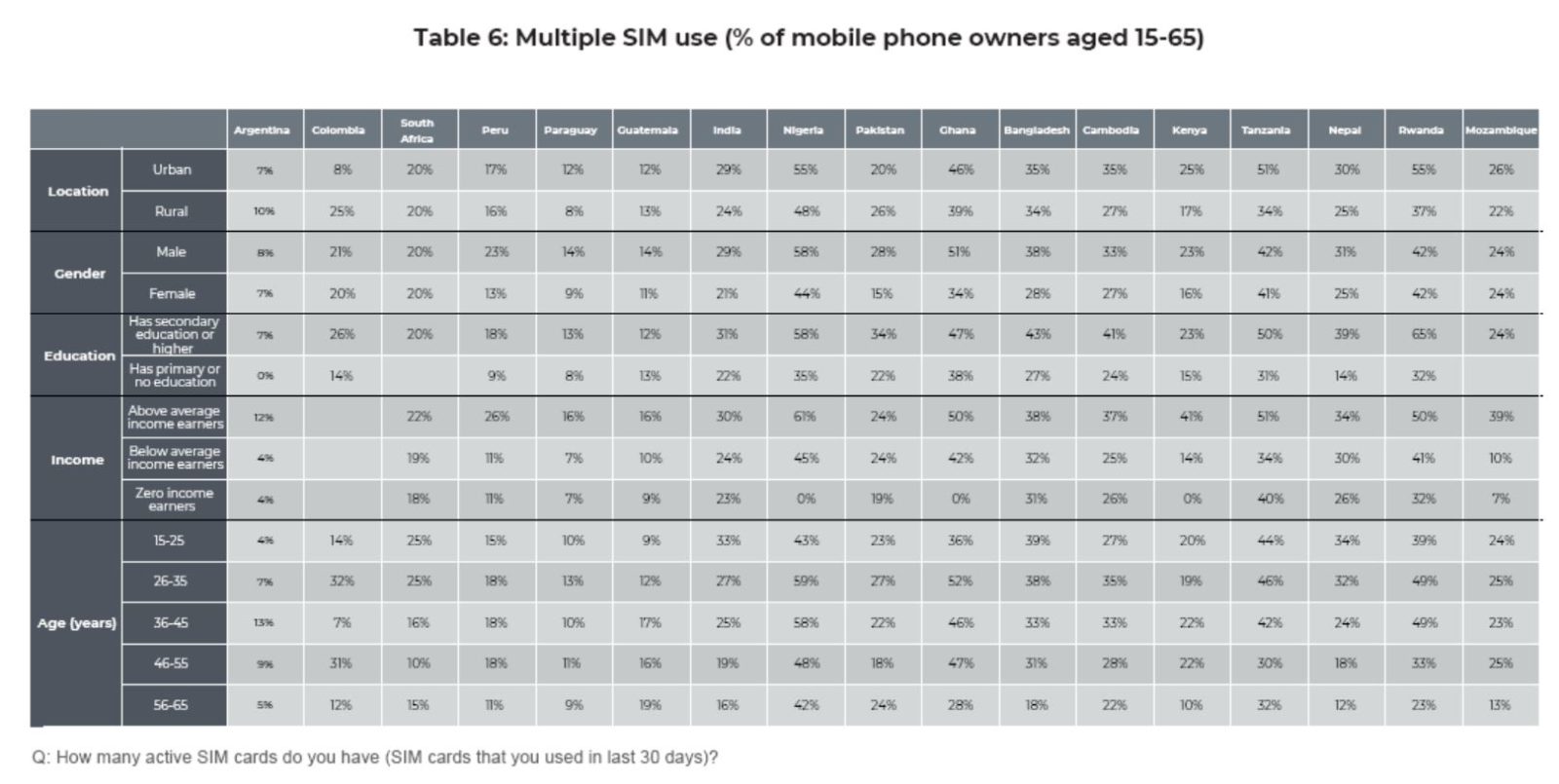 If you are thinking that this number is a lot less than PTA’s reported numbers, then according to LirneAsia, it is because the survey only includes the unique internet users.

This essentially means that internet penetration has still got a lot of potential for growth and our numbers will only get better with time. This also warrants that there are more efforts required from all stakeholders to get Pakistanis online.

The gender gap for internet usage is something Pakistan needs to work on because 21% of the male population uses the internet as compared to just 12% of the female population.

The most startling point to note is that a majority of Pakistanis — i.e. 69% of non-internet users in Pakistan — don’t know what internet is, which essentially means that more awareness is required to let Pakistani people know the benefits of the internet.

Another 19% of non-inernet users in Pakistan said they don’t have access to the internet or smartphones.

The key objective of the methodology was to ensure national representation at the desired levels of precision. The main requirements for this are:

In Pakistan, 2,000 households and individuals were surveyed during October-December 2017. The firm said that the sampling methodology was designed to ensure representation of 98% of the target group (population aged 15-65) at a national level with 95% confidence interval and a 3.3% margin of error, i.e.: so the data can be extrapolated to those groups on a national level with statistical confidence.

Sampling was based on the 2017 Pakistan national census sample frame. The AJK, FATA and Gilgit-Baltistan provinces – amounting to approximately 2% of the population – were excluded from the sample frame due to practical and security considerations.

Field set-up, execution and dataset delivery were conducted by The Dynamics Research, with the supervision of all field activities by LIRNEasia.

The data was collected using mobile devices, and uploaded and reviewed on a daily basis, with live monitoring of GPS locations of survey teams. Raw data collected was then weighted using the 2017 national population.

The complete report can be downloaded from here.